San Agust?n Church is a Roman Catholic church under the auspices of The Order of St. Augustine, located inside the historic walled city of Intramuros in Manila. Completed by 1607, it is the oldest church currently standing in the Philippines. No other surviving building in the Philippines has been claimed to pre-date San Agustin Church..In 1993, San Agustin Church was one of four Philippine churches constructed during during the Spanish colonial period designated by the UNESCO as a World Heritage Site, under the classification "Baroque Churches of the Philippines." It had been named a National Historical Landmark by the Philippine government in 1976...Photo by Jason Doiy.6-15-08 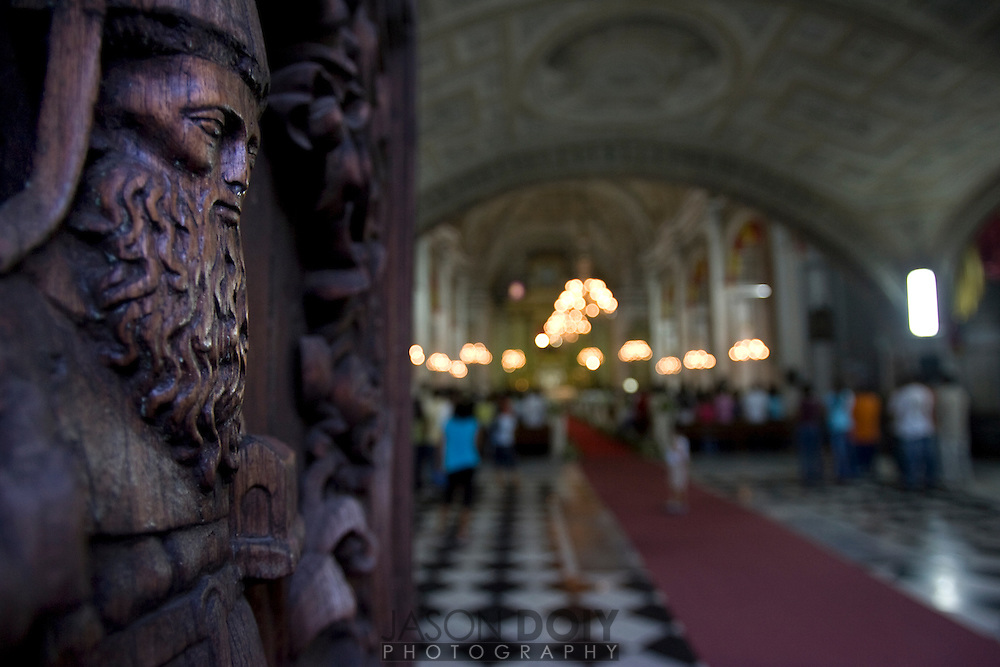