Dozens of protestors lie down as if under arrest in front of Oakland's City Hall as the names of victims of police shootings are read to a crowd of hundreds. The protest comes hours after attorney Christopher Miller held a press conference in Sacramento on behalf of the Bart Police officer Johannes Mehserle, who was charged with murder for his shooting of Oscar Grant. Protestors also called for the "recall, resignation or indictment" of DA Tom Orloff...Photo by Jason Doiy.1-14-09.047-2009 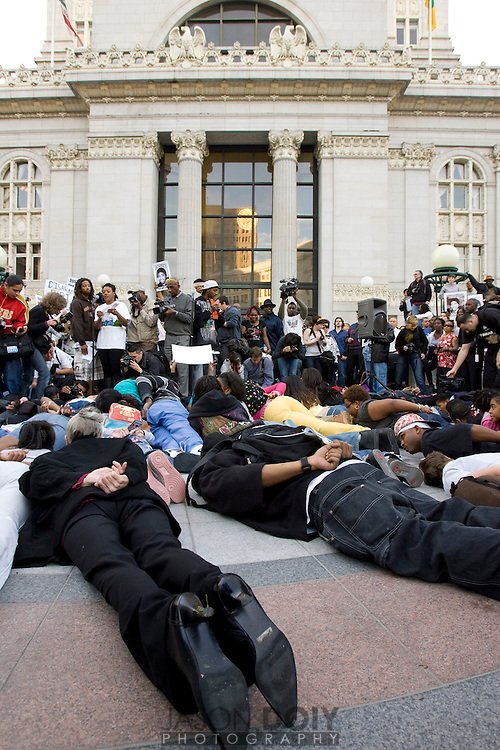